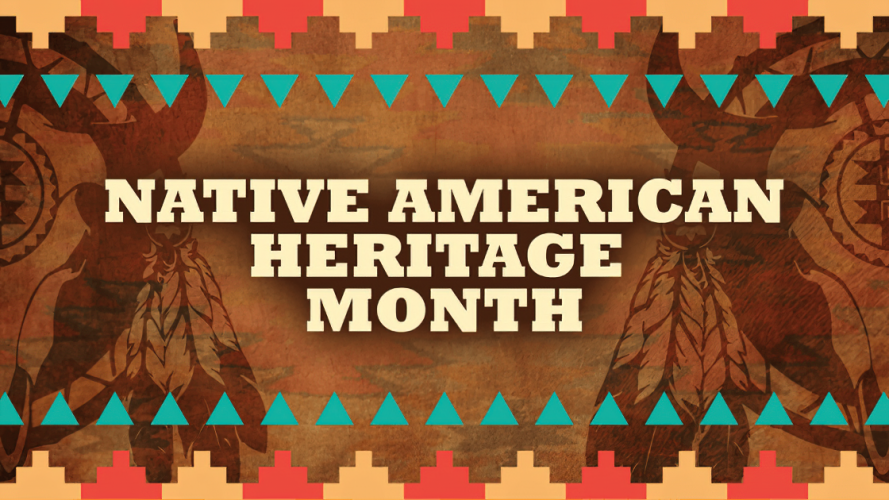 The National Congress of American Indians says, “The month is a time to celebrate rich and diverse cultures, traditions, and histories and to acknowledge the important contributions of Native people. Heritage Month is also an opportune time to educate the general public about tribes, to raise a general awareness about the unique challenges Native people have faced both historically and in the present, and the ways in which tribal citizens have worked to conquer these challenges.”

Funny, I don’t remember hearing much about Native American Heritage Month over these past 31 years. Do you??

But maybe I wasn’t listening. It has been humbling to realize how little I knew about the Native American Indians in my home state of Ohio. For 25 years I spent several weeks in northern New Mexico every year, living close to the Pojoaque Pueblo and getting to know the Pueblo culture. But that was like going to another country. Back home in Ohio, I had no connection with Native people here.

Revealing the Indigenous History of the United States When I began to spend time at the Great Circle, part of the Newark Earthworks, that changed. It was surprising to discover these monumental earthen sites marked Ohio as the spiritual center of North America 2,000 years ago.

Soon I started reading – voraciously. I was making up for decades of ignorance about the background and details of American Indian lives in Ohio and in the rest of the United States. Roxanne Dunbar-Ortiz’ The Indigenous People’s History of the United States knocked my socks off, as they say. As an historian she simply traces the stories of what happened to the tribes in the United States once the colonial settlers arrived and then began pushing west. The political message of systematic racism is an undercurrent throughout that story. What actually happened to indigenous people on this continent is horrible. Finally the time seems ripe for reanimating indigenous history, art and culture. Not only reckoning with the atrocities and land theft, but also celebrating traditional and contemporary arts expressing a sacred view of the Earth and her people.

Many of us learned that when the first European explorers arrived on the North American continent it was a vast wilderness inhabited by a few scattered tribes of primitive savages. In fact, there were 18,000,000 people living here. What better way to justify taking over the land than suggesting that it had been lying in wait for the civilizing influence of White settlers? As kids, my generation was glued to television shows about “cowboys and Indians.” Everyone cheered when Indian warriors were shot by White soldiers or sheriffs. Indian roles were mostly savages, raiding wagon trains or setting fire to settlers’ cabins and capturing their children. They were never portrayed as defending their own homes and families.

The English writer D. H. Lawrence wrote: “No place…exerts its full influence upon a newcomer until the old inhabitant is dead or absorbed.” Nearly 90% of the native inhabitants of this continent were killed by the White colonists, whether by guns or disease or starvation. Those who survived were often “removed” from their homes in the Eastern woodlands and sent to the plains of Oklahoma. Or absorbed by taking children away from home and family, forbidding their own language and culture.

What Can We Learn From Indigenous Wisdom Philip Deloria, in his book Playing Indian (1998), explores the curious tendency among White Americans to romanticize Indians while also oppressing them. The psychological term is “splitting.” It describes the way children manage relationships with powerful parent figures. An idealized “Good Mommy” bestows love and comfort while “Bad Mommy” imposes limits. Not surprising that we behave the same way to mysterious Others like the indigenous people living on the land. Land settlers believed they could take for themselves, having been promised a new life by the familiar Others, the authority figures from their homelands.

Deloria points to hippie communes of the ’60’s as evidence of Whites wanting to become like Indians. “Pretendians” as a Native colleague describes it: living in tipis, wearing Indian clothing and jewelry, learning Indian ceremonies. From my perspective it is not surprising that in looking for an alternative to the typical White way of living – the Modern World Paradigm, as activist Pat McCabe calls it – young counterculturists would turn to the nearby example of people who lived sustainably on the land and with each other for centuries. How else could we learn another way to live? Some tribal members embraced the White kids who wanted to learn from them, adopting them into their traditional families. Others resented the intrusion. It still seems the case today. The challenge is to be respectful and not appropriate what does not belong to us, while learning a better way to live.

The American Indian College Fund comments optimistically about the current world: “People are talking about Native issues, they are researching the history of the land they live on, and as a nation, we are acknowledging the darker parts of our past. All of these show positive movement on the road to recovery, and a future of greater equity for Native people is on the horizon.”

What Can Native American Heritage Month Mean to You What does it mean for you and me during Native American Heritage Month, November 2021?

Here are some ideas: Marcus Boroughs and I teamed up to create The Great Circle Alliance, a non-profit organization to work as allies with Native Americans in the reanimation of indigenous history, art and culture, connecting ancestral voices with contemporary people.

Our core mission is to encourage and strengthen the contemporary human voice and presence in the ancient monumental indigenous sites of Ohio, once a center of spiritual life in North America.

We fulfill our mission by designing, developing and producing public programs at the sites; supporting The OSU Newark Earthworks Center; and offering an Artist in Residence program connected to the sites.

If you want to join us as a Friend of GCA, we would love to have you help us with our programs. Here’s how to join us.

Friends of the Great Circle Alliance

The Friends of the Great Circle Alliance (GCA) is a group of individuals, organizations, and businesses joining with GCA as allies, reanimating indigenous history, art and culture.

Our purpose is to bring together Native and non-Native people – artists, scholars, archeologists, and local communities – to generate more in-depth appreciation and engagement with the Hopewell earthworks, connecting ancestral voices with contemporary people.

The Great Circle Alliance is an independent nonprofit organization. We operate an informal alliance with Native Americans connected to the sites, the OSU Newark Earthworks Center, the Ohio History Connection, and Denison University.

The Friends of the Great Circle Alliance will:

Membership levels allow everyone to participate. No matter what amount you contribute, we appreciate your investment in the Alliance and the purpose we serve.