Enneagram: Moving Up the Levels of Development 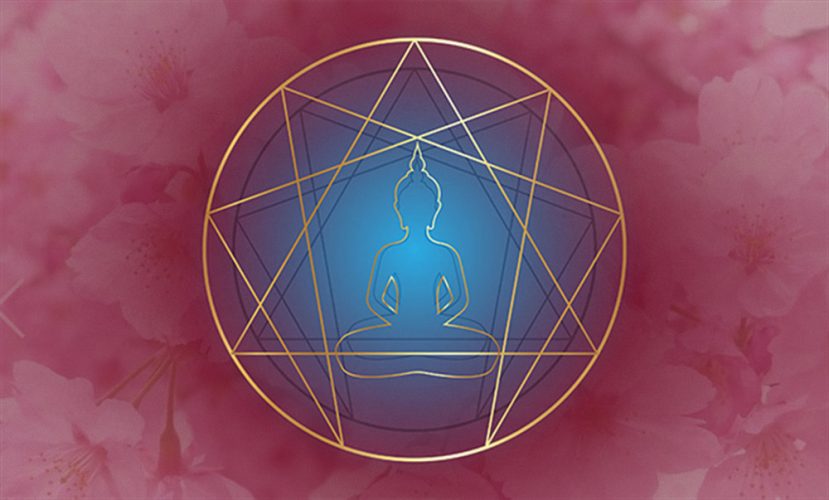 In my early Enneagram training with Don Riso and Russ Hudson, I learned about Levels of Development within each of the nine Enneagram types. The discovery of the Levels was one of Don’s major contributions to Enneagram theory. Although he named this teaching the Levels of Development, later he agreed that it more accurately describes Levels of Functioning. Descending from Healthy to Average to Unhealthy attitudes and behavior, each Level is characterized by the degree to which a person is aligned with Presence.

Enneagram: Levels of Functioning and the Anchor Point Level One at the top of the list is the Level of Spiritual Liberation, in which a person is fully identified as Presence and is no longer bound by ego. Level Nine, the lowest, is the state in which a person is most constricted and least in contact with Presence. Within the Levels each person has an anchor point, the set point to which the ego returns after the fluctuations of everyday living.  Driven by our Basic Fears, the anchor point progressively descends to the lower levels of functioning. The lower the anchor point, the more we are caught in the fixation of our type. By doing our inner work and learning to contact Presence, we move the anchor point to higher levels of functioning.

The model of Levels of Functioning describes how the ego is driven down the levels because of Fears and Desires. However, by definition, development involves addressing the tasks of one stage then moving to the next stage, building on the strength and skills already attained.  Think of the developmental stages in infancy and early childhood. Development, then, implies moving up the Levels, beginning at the lowest level in infancy. In my opinion, the movement up the levels proceeds naturally to about Level Five – if the child receives good parenting and is not subjected to trauma. We might call Level Five “normal” in terms of ego development. Normal falls in the center of a bell-shaped curve that marks the levels of development. A bell-shaped curve is a statistical image used to convey the probability of distribution of a characteristic. If Level Five is a normal placement for the anchor point (that is, the level at which most people function most of the time, returning to that level again and again as they adjust to the daily events of their lives), then having an anchor point at either Levels Four or Six would represent one standard deviation from the midpoint of normal.

Statistically, based on the bell-shaped curve, we would expect 68% of the population to have their anchor point at Levels Four, Five or Six. Add another standard deviation in each direction away from the midpoint at Level Five and we include Levels Seven and Three. This accounts for 95% of the population. The remaining 5% would be distributed at either tail of the curve, so Levels Two and One account for half of that, or 2.5%, while Levels Eight and Nine account for the other half or the remaining 2.5%

Enneagram and Early Levels of Development

The developmental model of the Levels in the Enneagram begins with infancy.

In my model, using a developmental perspective with the Levels within the Enneagram, everyone begins life at Level Nine. In early infancy babies are totally out of touch with collective reality. They are completely engrossed in their inner experience, mostly with primal somatic sensations like hunger and satiety, warmth and cold, wet and dry.

Infants are completely helpless and dependent upon others for the care they need to survive. They are absorbed in finding comfort and pleasure, and in relieving discomfort. Despite their delightful innocence and sweetness, babies are demanding and without refined emotions such as empathy. They have no compassionate consideration of how Mommy is feeling or a willingness to postpone the satisfaction of their own needs in deference to others.

In short, infants behave very much like people with severe psychosis or autism. This is completely normal for an infant. For an adult, this is extremely unhealthy and is descriptive of severe psychopathology, autism, and developmental disabilities.

At Level Eight, from a developmental perspective, very young children begin to differentiate self from other. Initially the behavior at this level is repetitive and ritualized. Who hasn’t played the same game over and over to a toddler’s complete delight? In adults this would be considered compulsive behavior, but developmentally it functions as the means for learning through repetition. This is also the stage of delusion or magical thinking and in young children it is endearing. We encourage it in the form of Santa Claus, the Easter Bunny, and talking animals. In adults, however, delusional thinking and compulsive behavior is characteristic of significant anxiety and addiction. As unhealthy adult behavior, it is dysfunctional and usually destructive to the individual and to others.

As children develop a stronger sense of self and become more assertive, they often become demanding and grabby. In Riso and Hudson’s description of the Levels of Functioning, Level Seven was defined as the level of Violation of Self and Others. In adults it is a psychopathological adaptation but it is perfectly normal for a three-year-old. Screaming, hitting, and biting may be ways a child expresses frustration and attempts to use physical power to get what she wants. With growing cognitive abilities, these aggressive methods are eventually replaced as parents and pre-school teachers emphasize learning to “use your words.”

In adults at Level Seven, aggression may be a way of life, relying on continual physical and verbal violence to try to be safe and get needs met in a world that feels threatening.

Level Six is the point at which children begin learning to use words instead of fists. In adults this is a low-average way of communicating a person’s wants and feelings. In Riso and Hudson’s language of diminishing Presence, this is the stage of making demands to meet the ego’s agenda. For the growing child, the ability to conceptualize and articulate its needs and wants is the developmental task. This is the stage of establishing boundaries and learning to manage relationships. Usually children feel affiliations with the group with which they identify – a sense of “us-and-them.” In adults this level is characterized by authoritarian processes to preserve stability by reliance on rules and expressing one’s sense of presumed autonomy by breaking them.

At Level Five our reasoning skills open up the capacity for problem-solving. We begin to see life as a series of problems to solve. It is the level of Interpersonal Conflict as we engage with others to compete for whose ego agenda will win. This is considered average or normal in the contemporary American culture. While specific situations or events may inspire us to experience higher levels from time to time, or push us down a level or two under stress, average people tend to return to Level Five as their anchor point. Problem solving skills are developed by ages 11-12. But in terms of spiritual maturity, many people are encouraged by the culture to remain here.

Moving up the levels now requires self-awareness, reflection, and discipline. This corresponds with achievement-orientation, individualism, and autonomy-seeking.

With further self-awareness and reflection, at Level Four the personality begins to aspire to a life in which we can live out our ego agendas. We dream of getting the Inner Critic off our backs by fulfilling what the personality believes it should be. Many people reach this level and believe they have arrived at realization and enlightenment. In fact, what we have is a bright shiny ego (to use Russ Hudson’s term) that is fulfilling its Ego Ideal. This corresponds with egalitarian organizations as well as experiential and consensual processes.

By the time the anchor point has reached Level Three, we have been undertaking a spiritual journey in earnest. Through reading, meditation, and guidance or teaching, we discover that we are part of something larger than ourselves and a life purpose becomes increasingly clear. At Level Three, we recognize every day that we are an expression of Being or Essence or God, so that what we do in the world and in our lives is the expression of our part in creation. We begin to appreciate that this is true for every other person as well. We feel attuned to Presence in our daily lives.

“What could be better than that?” we ask ourselves.

As we live our life’s purpose, we discover that we are increasingly drawn to Be rather than to Do. Curiously, Level Two requires engaging in some of our most challenging spiritual work, which is embracing the Shadow and resolving dualities. Being present as a unique self, increasingly aware of our connection with Essence, we begin to consistently recognize and embrace those aspects of ourselves that have been ignored and denied. A.H. Almaas calls this “clarifying the personality” or making it clear and flexible, able to be alive in the world and have work and relationships. In addition, we become receptive to Essential qualities as they arise on an ongoing basis. We radiate these qualities and build ways of daily living around them.

The ultimate reward for this difficult and challenging work is Liberation at Level One. We have faced our deepest fears and are now truly free. We are Essence-infused, living moment by moment, no longer identified with personality while able to live in the world of personalities. The Enneagram helps us identify our fears as they arise as part of the illusion of separation from Being. We discover that enlightenment is not complete happiness, total bliss, or total freedom. It is rather a state of being in which we have the capacity to experience our lives in the Now, to live in love with Truth.

We break out of the paradigm of always seeking to feel better. Life will actually be better but not as we planned. We are living in the paradox of being unique individuals – bundles of body, emotion and thought – and at the same time living as conscious points of awareness as the Oneness of Being.

Living in the Higher Levels of Development

Many of you have had living direct experiences in Levels Three, Two and One. Realistically there are very few people in the world who live at Levels Two and One. About 2.5% of the population as we discovered in our exploration of the bell-shaped curve of distribution.

Moving up the Levels of Development, we move from living with the Ego Ideal at Level Four to ascending gradually to Liberation at Level One. Each movement up the developmental levels requires additional intention and undertaking of a spiritual path or practice, as we begin to let go of our carefully constructed ego identification.

The brilliance of Riso and Hudson’s model of the Levels is that it works moving up from infancy as a developmental model as well as moving down from Liberation as a means of tracking the effect of Basic Fear. The Levels can help us recognize the impact of Presence in our lives and support our practices for opening our identification with Presence until we discover that it is truly what we are.