The Enneagram, Relationships, and Object Relations 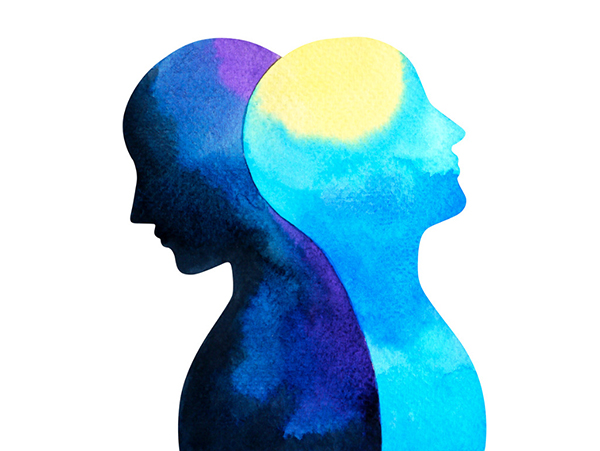 To some degree, what makes for a good relationship depends on how we see ourselves. There are also variations in how we see other people. Who do we believe they are, how do we imagine them interacting with us, and what do we predict their behavior will be in various situations?

Finally, we have emotional reactions that drive our responses and reactions to others.  We have underlying patterns that create filters through which we interpret whatever is happening and are motivated to address it.

No wonder relationships are so complicated!

Personality, as defined by A.H. Almaas is the structure we build based on those interpersonal interactions, much like the two-by-fours that form the inner structure of a house.  Ego, he says, is our belief in the structure.  The Enneagram system of personality types defines a set of nine blueprints on which we build our own individual structure.  We are born with the wiring to develop a personality and it appears that we are born with a predisposition to a particular blueprint. This is not unlike the physical body’s genetic predisposition that then develops into the body we have. Similarly, the personality is predisposed to have certain characteristics that then are cultivated according to the quality of environmental supports.  These include secure attachments, responsive parenting, the absence of emotional trauma, and other factors.

“If a tree falls in the forest and no one is there to hear it, does it make a sound?”

Human identity requires feedback.  If, as an infant, I do something and no one is there to respond to me, there is no mental or emotional feedback.  Without feedback, I don’t develop a sense of myself as a person having an identity.  I can experience myself as a body, with skin and the ability to move and feel internal sensations.  But I won’t know who I am.  I can’t recognize myself without other people (or the objects onto which I project personalities) and relationships with them.

What is Object Relations Theory?

Object Relations theory is the psychological foundation for this idea of how personality is formed.  It took shape as a theory of ego development in the 1940s and 1950s, primarily based on the writings of Ronald Fairbairn, Donald Winnicott, Marion Milner, Margaret Little, and Harry Guntrip.  Later, in the 1970s, pediatrician and psychiatrist Margaret Mahler’s work with infants gave more evidence about how ego builds structures early in childhood that are the basis for personality and identity. Basic to Object Relations theory is the concept that the ego-self, or personality, develops only in relation to something else.  This something else is called the Other. We develop the ego structures we come to know as ourselves through early experiences interacting with key people and objects.  In the beginning, we build a sense of ourselves through experiences with our bodies.  We feel the sensations of warmth or cold, wet or dry, soothing or discomfort on the surface of our skin.  Internally, we experience hunger or the pressure of needing to burp. As infants with little cognitive ability, we differentiate these sensations as either “pleasure” or “non-pleasure,” also known as the gradients of pain.

At this early stage, we discover that there are others who can meet our needs and reduce non-pleasure or provide pleasure.  In fact, we are totally dependent on others to supply us with what we need beyond the natural functioning of our little bodies.

The Three Basics of Object Relations

The Self or Ego is maintained through the interaction of three components:  (1) the Self, or “Me”; (2) the Other, or “You”; and (3) the feeling state or AFFECT that connects us.  The Affect is the dynamic aspect of the relationship between Me and You, as shown in the diagram below. There are three Primary Others:

Primary Objects are based on archetypes, or universal prototypes that are fundamental to our ability to mentally organize our experience. Archetypes are so basic that they shape all human thinking, regardless of culture or worldview. Many of us relate to the archetype of a Nurturing or Mothering Figure and a Protection, or Fathering Figure. The Belonging Figure represents the family, tribe, or clan to which we belong.

There are also three primary Affects, also known as Dominant Affects — Attachment, Frustration, and Rejection. Regardless of personality type, all humans engage with and respond to all three of these emotional states. In fact, all three states are mutually dependent, so to have one is to have them all.

For now, however, let’s just observe that there are three Primary Objects (Nurturing Object, Protective Object, and Belonging Object) and three Dominant Affects (Attachment, Frustration, and Rejection). If we build a 3 X 3 grid using these six elements, we arrive at nine cells, each one representing a pattern that underlies each of the nine Enneagram types. As has been mentioned, these nine types can be thought of as nine blueprints for personality structures. We are each born with a predisposition toward one of these blueprints. How we build the house using the blueprint includes factors such as genetics, personal history, environment including culture, and collective historical experiences (such as war or economic upheaval). It is important to note that, while each Enneagram type derives its most familiar sense of identity from one of these patterns, we all have experiences and behavior that fits into each of the nine matrix cells. Nevertheless, the foundation of our personality type has its roots in one of those cells, in our interaction with one key Primary Object and one specific Affective Response.

The patterns you see begin to reveal your Object Relations patterns.

Let’s look at an example. My client Margaret identifies with having a Type Three personality. Her first list included her mother, her father, and her second husband, Bob. I was a little surprised because we had been doing a lot of work on her struggles with her parents. “Yes,” she said, “but I always knew they loved me. That deep down, no matter what they did or didn’t do, it was still based on loving me the best they could.” That was true about Bob, as well. He wasn’t perfect, but she always believed he genuinely loved her.

What about the second list? It started with her first husband, Richard, and included her mentor and a former colleague. After a few moments of reflection, Margaret told me, “Well, Richard was always so dependent on me. And the other two seemed to just want me to support their agendas all the time. With all three, I never felt as though they cared about me. They cared about what I could do for them.”

The results of this exercise pointed to a pattern for Margaret. She looks for people who love her and is disappointed when others appear only to want what she can do for them. Her first list of names and her reasoning around having selected them suggests her attachment to being loved and nurtured. Her second list gives insight into Margaret’s shadow side. She is drawn to having people want to be with her but she feels let down when they seem not to really value her. Her tendency to orient to others through Attachment, however, is strong. She continues to hold on to these unsatisfying relationships until some form of trauma forces her to leave.

Margaret identifies with an Object Relations pattern based on Attachment as the Dominant Affect, but is uncertain about who is the Primary Object. She lists her mother as someone who loved her but includes her father and her second husband. In looking at the Primary Object it is more important to identify the characteristic of the archetype than the person who may represent it. Her example highlights a desire to be loved and nurtured. Therefore she can identify the Nurturing Object as the Primary Object and she experienced both parents as Nurturing Objects.

What does Margaret make of all this? First, it is reassuring to know what genuine love feels like. Being able to deeply sense the qualities of genuine love has helped her differentiate between a relationship in which she wants closeness but isn’t met at the level she wants, and one in which the other person demonstrates true caring for her. She is learning to discern when she puts too much into a relationship and is finding ways to leave that are respectful to herself and the other person. In addition, she is beginning to understand how she judges herself based on whether the person she’s with loves her.

A challenge of the Type Three personality is thinking they are of no value if everyone does not love them. Margaret was driven to work too hard in relationships and to judge herself harshly when she felt she was falling short of being truly loved. Not everyone will love us, for a whole host of reasons.

What can you learn from your writing exercise?

If you are more of an extrovert (meaning you learn better when you talk about what you are feeling and thinking, rather than inwardly processing your thoughts and feelings), you may prefer to do this exercise with another person. Make your lists, and then share your insights about the patterns underlying your relationships.